Illum is an iconic Scandinavian retail destination that was acquired in 2009 after under performance over a number of years.  We unified the ownership of OpCo and PropCo and worked closely with a new management team to put in place a turnaround plan. Within 18 months, the performance of the operation had improved significantly allowing for a successful exit of the PropCo as part of the largest single property deal in Danish history.  The operation of Illum was sold to La Rinascente in 2013. 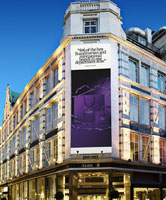