Solstra Capital managed the Nordic assets portfolio of ALMC up until its exit in December 2013.

ALMC, formerly known as Straumur-Burdaras Investment Bank, was an investment bank which went into moratorium in March 2009 following the global financial turmoil and the collapse of the Icelandic financial sector. The failed bank’s debt was restructured, and all of its assets were placed as collateral for a newly issued bond. The bond was sold to institutional investors, thereby allowing the creditors of the failed bank to sell out. From the time of the moratorium, and until December 2013, Solstra Capital managed, and exited, the Nordic asset portfolio of ALMC, on behalf of the new investors. The asset portfolio included a large number of debt positions, companies, individual properties and portfolios, including e.g. Europcar Denmark, the largest car rental business in Denmark and the Swedish property company PG Living, a real estate company owning more than 4.500 apartments in Southern Sweden. 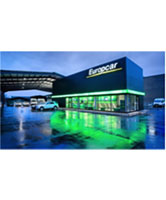